WHAT DO THE AKATSUKI RINGS MEAN ?

The rings are made of high quality and durable metal, easily provide smooth and long life, and are the best choice of accessories you can get for fans who wishes to cosplay as ninjas from the Akatsuki’s organization. It comes in a nice box package too.

You can use these rings however you like, whether put them on one at a time, multiple rings on multiple fingers, put on display, or even wear them as necklaces. The rings are made for kids or fans of Naruto, but enjoyed by adults too.

Whether it is Itachi’s unparalled strength, Pain’s love for peace or Hidan’s unmatched Bukijutsu skills, the Akatsuki has always been steered by overpowering characters.

“These iconic and flashy rings are just the catch to show love to your favorite character.” Akatsuki (暁, literally meaning: “Dawn” or “Daybreak”) was a group of shinobi that existed outside the usual system of hidden villages. Over the course of several decades, Akatsuki took different forms and was led by different individuals. Though each iteration is viewed as either subversives or criminals, all seek to make the world a better place through their own means. Each Akatsuki tended to have multiple lairs across the world, inaccessible either due to their remoteness or the various security measures that protected them.

What Are The Akatsuki Rings 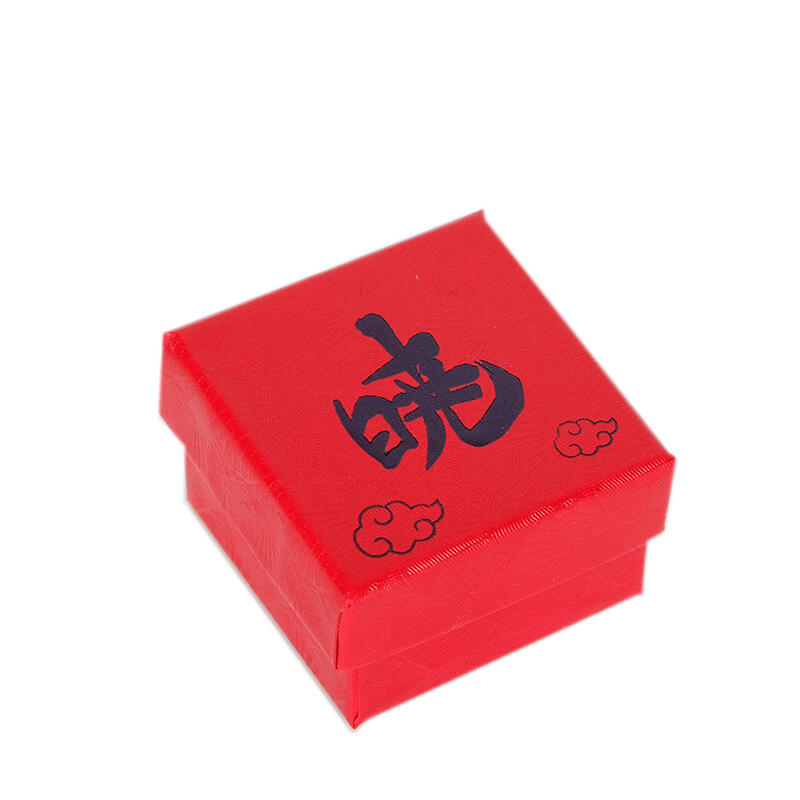 Under Nagato, each member of Akatsuki is given one of ten rings, to be worn on a specific finger. Other than apparently signifying one’s membership, the rings seem to have some role in sealing the tailed beasts into the Demonic Statue of the Outer Path, indicating which of the statue’s finger the members should stand on. The rings are apparently important and irreplaceable.

They are beautiful, they are symbolic, but above all, they are mysterious! Welcome young Shinobis, today in this article we will unveil to you the secrets about what do the Akatsuki rings mean!

Akatsuki Rings are jewels worn by Missing-nins to show their allegiance to the Organisation Akatsuki. Each ring has a different meaning and possesses a symbol from the Chinese mythology.

If one of these questions tortures your mind, don’t worry! Here we will summarize everything there is to know about these Akatsuki ring fingers so that they won’t hold any more secrets for you!

Sounds good? Then let’s find out together what do all the Akatsuki Rings mean !

Who is the Akatsuki leader?

On the surface are Uzumaki Nagato Nagato and Uchiha Obito, and behind their organization is Madara controlling everything. Uzumaki Nagato is the superficial leader, and Uchiha Obito is the mastermind behind the scenes. (Obito also follows Uchiha Madara’s plan) Initially, Yahiko established Akatsuki as the founder, and then Yahiko, unfortunately, died in the strategy of “Sanshoyu” Hanzo. After his body, Nagato was made into the Way of Pain, and Nagato continued to lead Akatsuki as “Pain”. Later, Obito joined Akatsuki under the name of the newcomer “A Fei”, and used Yahiko’s death to draw out the dark side of Nagato, causing Akatsuki to gradually fall into an evil organization.

Although Obito was a member of the organization, he had been acting secretly until after the death of the red sand scorpion. He took his place and formed a team with Deidara. When Deidara died, he used “Uchiha” Madara” to appear in front of Pain and Konan.

Who created the Akatsuki?

What do the Akatsuki rings mean?

Zero, represents nothing, that is, no war, no pain, which is in line with Payne’s idea. Yahiko’s original purpose was to create a world without war and pain. Later, Nagato inherited Yahiko’s will.

Zhu represents Vermilion Bird, and Uchiha Itachi is very good at using fire, so this ring of Zhu is very suitable for Uchiha Itachi, plus Akatsuki is darkness, and fire can bring light, which is exactly what it is with Uchiha Itachi Although he is in darkness, his heart is full of light.

Orochimaru, ring empty, the ring position: the little finger of the left hand

Empty represents nothingness, which means that Orochimaru does not actually have an exact body. After completing the reincarnation of the dead, Orochimaru can be said to have no real body of his own. Therefore, nothingness and such Orochimaru are just right to correspond.

south means Sagittarius, and in the legend, Sagittarius controls life and death, that is, he can control his own life. At the end of the story, the Hoshigaki Kisame uses suicide to end his own life, which can be regarded as a kind of control over his own life.

It is said that the South Lord lives and the North Lord dies, and Deidara is such a person who is in charge of death. Whether he is taking someone else’s heart or exchanging someone’s body for money, Deidara’s life and death are completely inseparable. Hidan, ring three, ring position: left index finger

Three stands for three-station, representing communication. Hidan has always been promoting his own evil spirits in  Akatsuki‘s organization, so it is inevitable to deal with people, so three and Hidan are also exactly corresponding.